What we build – where and how – has a tremendous impact on economic prosperity, equity, health, quality of life and environmental sustainability. But too often municipal officials don’t know the price tag of planning decisions or the opportunity costs of status quo trends vs. more compact development. City governments must do their due diligence and assess the full costs and benefits of their decisions on policies, plans and major infrastructure expenditures — including considering future risks and liabilities. Ideally they should aim to minimize total costs and maximize total benefits for diverse stakeholders.

What are the costs and benefits of status quo sprawl vs. smart growth?

As cities and metropolitan regions plan their future growth it is critical that they assess the full range of economic, social and environmental costs and benefits of their land use development plans.

They’ll never have perfect information, but should conduct sufficient assessment to make well-informed decisions based on best-available data and up-to-date analytical techniques. A fundamental best practice is to develop a few scenarios – e.g., status quo, compact development / smart growth – and assess the total costs and benefits of each. There are a wide variety of scenario analysis tools, land use and transportation models to conduct such assessments (such as the Urban Footprint model), with a range of capabilities for quantifying impacts (household costs, municipal costs, travel, GHG emissions, etc.). There is also a robust and growing literature documenting the economic, environmental and social impacts of urban design and land development patterns.

In this blog I frame key factors that should be analyzed — Affordability, Health, Prosperity, Sustainability and Resilience —  and provide some examples of each. I draw upon a variety of sources including my 2011 book with Chuck Kooshian, Growing Wealthier: Smart Growth, Climate Change and Prosperity and Todd Litman’s comprehensive ouevre. In Growing Wealthier we documented how application of smart growth principles can:

In Growing Wealthier, we considered how different types of benefits would accrue to a variety of stakeholders: businesses, households and governments. I recommend such a matrix-based approach to allow different stakeholders to identify their own self-interest and to aid public officials in better understanding synergies and trade-offs. The California Air Resources Board further refined households into several categories: homeowners, prospective buyers, renters and low-income in a 2016 study on the economic impacts of smart growth. 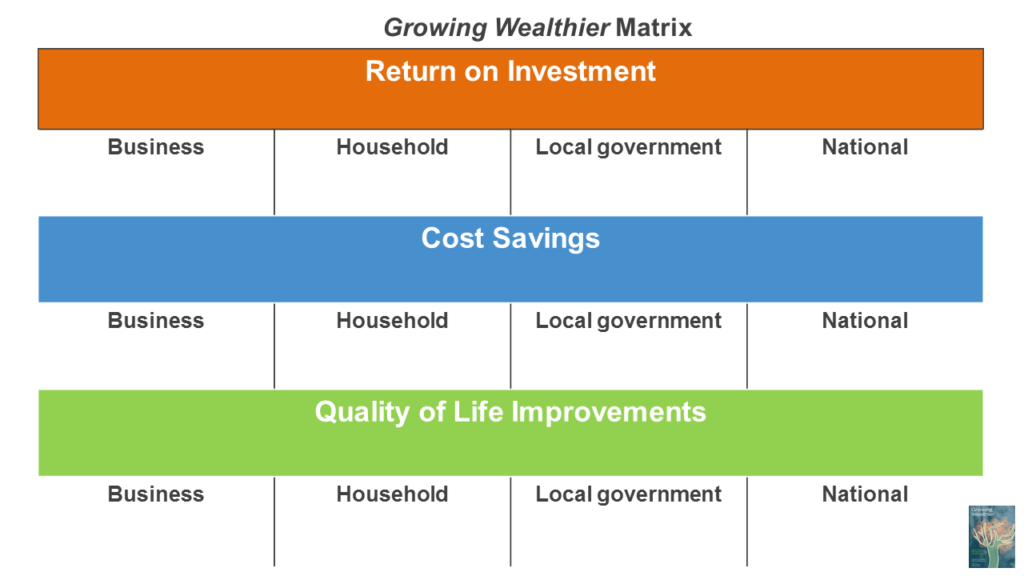 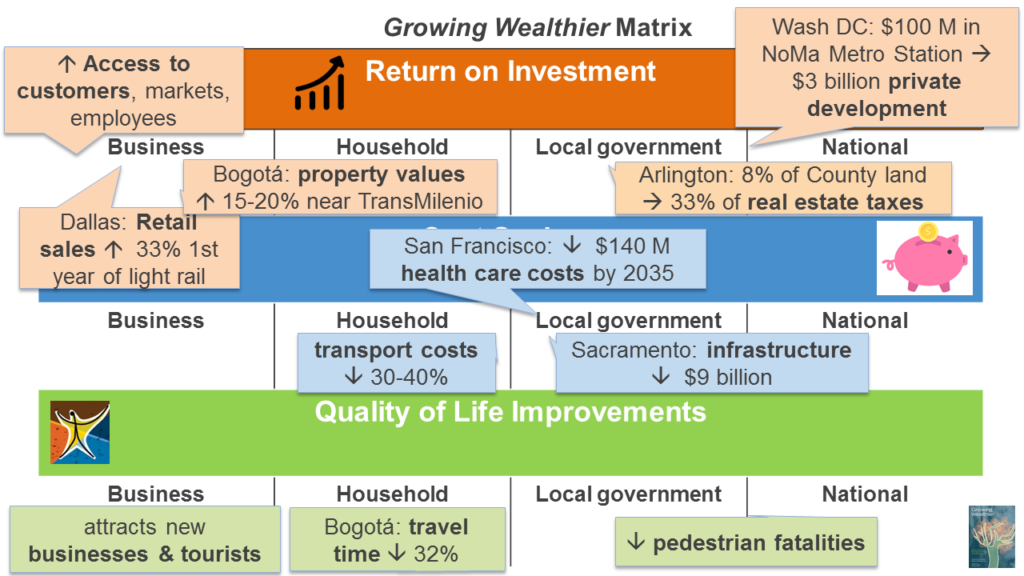 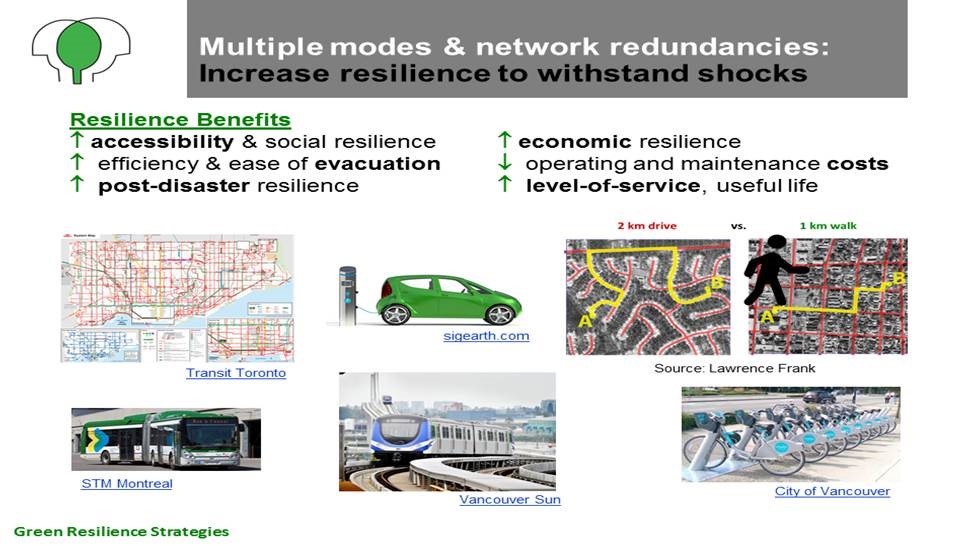 It is important to note that density alone — without community engagement, good physical design, mix of land uses, high quality public transit and public-private collaboration — can exacerbate social and environmental problems, such as through gentrification, traffic jams and increased impervious surfaces. Smart growth is truly smart when it integrates the multiple principles of smart growth to realize multiple benefits: affordability, health, prosperity, sustainability and resilience.

Some references for further reading: